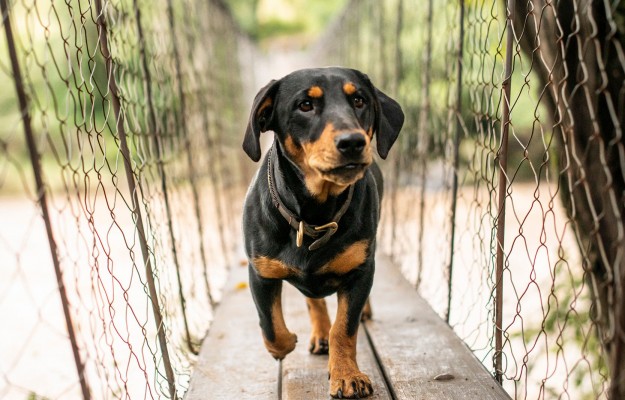 Towards the end of April, the Mara River was flowing at an extremely high level. The Mara ecosystem and the Mau (the source of the Mara River) has faced unusually high rainfall since November 2019. The river was getting dangerously close to Ngare Serian as well as Nkorombo Serian further downriver in the Masai Mara National Reserve. With that, we had been watching the river levels rise and fall quite dramatically over a few days, but on the 26th of April 2020, it rose to its highest level that we ever saw.

We were lucky enough to have been given hours warning that the river had broken its bank upstream and it was heading our way. Adrian and the small team of staff that we had left in camp jumped into action and got everything removed from the rooms and the mess and relocated it to higher ground. It was around lunchtime now, and everyone shifted out of Ngare as there was not much else we could do, the water was coming, and it was getting too dangerous to get to and cross the famous Ngare bridge.

We all sat with bated breath on the Serian side of the river and watched as the river rose higher and higher engulfing the mess and tent four, and as it turned tent two and three into islands. We watched as whole trees, camp furnishings, clothes, shoes, and parts of the banks come flying down the river – it was surreal. The rains had started, but finally, around 5 pm, the Mara River had reached its peak and started receding. By 9 pm, two Ngare staff members had managed to get back across the bridge and were able to assess the damage, although there was not much we could do until daybreak.

The next morning when we got over to Ngare, the waterline on the tents, dirt, silt and damage to the decks was eye-opening, but the most destruction was to the banks of the river as so much of it had collapsed and washed away. The team sprung back into action and started removing the inner tent and frames of number 4 to put it into storage – we were not sure what the river was going to do, but we had witnessed what it was now capable of doing.

Over the next few days, the river rose and fell, the rain fell, and the sun came out in spells, and the team did a fantastic job of clearing, cleaning and removing the mess the first flood had brought with it.

Fast forward a few days, and we are now on the 30th of April. The phone started ringing again, bringing more warnings of flooding, but this time even more than the flood of the 26th. It was hard to believe considering the amount of water we had watched coming down the river a few days prior. The problem we now faced was that the peak of the floodwater was going to hit us at night and there was nothing more we could do, all we could do was wait it out.

I got a call from Charles at Chemi Chemi around 1 am to say the water was now even higher than the 26th and it was still coming. We called across around 3 am, to the two guys that decided to stay over at Ngare and asked them how they were doing and how the camp was holding up. The report came back that it was high and still coming, but everything was still intact. 4 am rolls around, and there was now a knock on the door – we knew this was a serious call, and sadly it came with the news that we had lost the famous Ngare bridge. It had snapped under the pressure of a tree that had got hooked onto it. Adrian went down to the bridge, and the water had finally started receding, but it was into Ngare parking (and as many of you know – this is a LONG way from the average level of the Mara River).

When daylight broke, we could finally see the extent of the damage. The bridge snapped on the Ngare side of the river, and it was twisted around the rocks and trees hugging the banks. It was heartbreaking to see the devastation that sunny morning. We had two guys stuck over at Ngare with no access to them as all road bridges had also flooded out. Luckily, our walking scouts on the hill came to the rescue and brought in stocks and supplies to keep them going until we could get a car around with a team of people to start the second clean up.

Three and a half months have gone by, and finally, after a lot of hard work, the rejuvenated bridge and Ngare Serian is back up on its feet.

The Bridge to Ngare