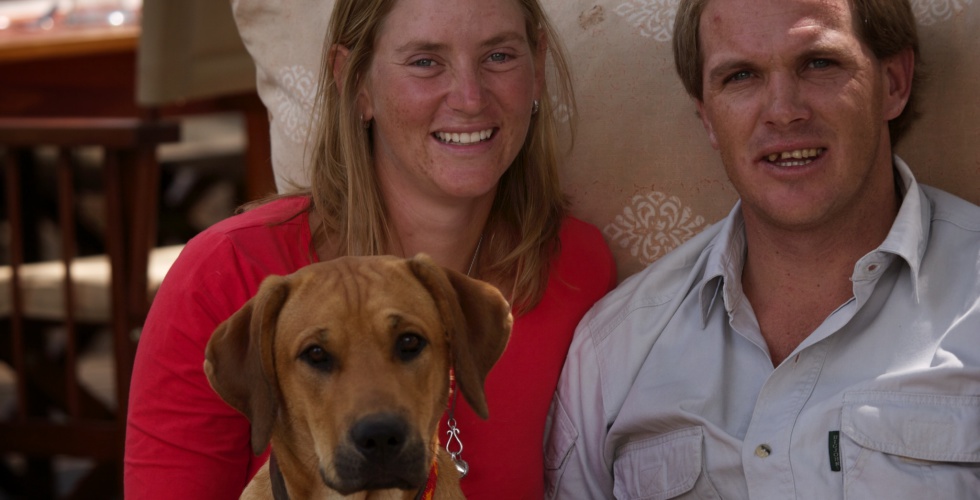 Roisin and her husband Adrian are the delightful duo managing Serian, Ngare Serian and Nkorombo, and have wrought out their home in the heart of the Mara North Conservancy.

Roisin’s background is steeped in the wilderness, and she comes from solid safari stock: her grandfather Japper Evans was a camel guru, organising treks across the Sahara – a gene that resurfaced in her brother Josh, who added Lake Turkana and the treacherous Omo River to his granddad’s footsteps. Their parents later inherited the camels and now also operate their own campsite and safaris, while Josh has started Ekorian Mugie Camp. But the best bush connection for Roisin was through her uncle, who used to own Sabuk: it was here she met Adrian, and took on the happy role of being his better half.

True to her offbeat upbringing, her childhood pets included many wild beasts of furred and feathered varieties, so it was no surprise when Roisin adopted Impi the baby impala into the Serian fold. 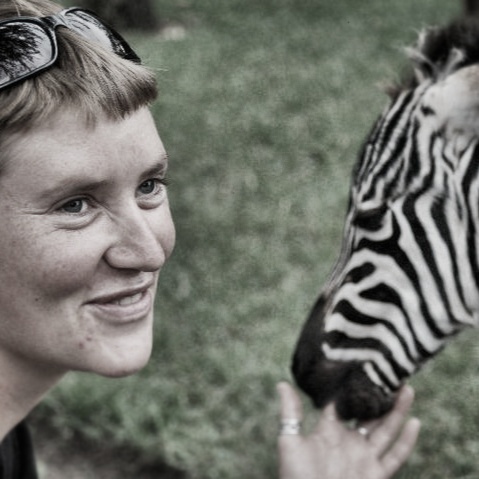 These days the star of the show is Wifi, her gorgeous dog, so named to give Adrian and Roisin an easy answer when guests ask if there’s internet: when presented with this furry bundle of joy instead of a password, who could possibly persist in demanding to get online?! Aside affording everyone a bit of a laugh, he makes the camp a family experience and a home.

Roisin’s delicious creative flair comes out in cuisine: she is a natural tantaliser of tastebuds, and enjoys defying the constraints of bush kitchens, creating mouth-watering wonders by working with the ingredients at hand.

Outside of the kitchen, she also combines her talent for photography with an insatiable curiosity about the world of insects, and is constantly bringing to light a whole world of smaller details that most pass by without noticing. A self-taught entomology enthusiast, she explores intricacies invisible to the naked eye and records them in beautiful images.

Roisin’s unique method of drinking in the freedom and beauty of the Mara is going for a run (yes, really). She and Wifi head off whenever they can, pacing past giraffe, zebra, and the occasional hyena – a game drive on foot, and an adrenaline rush like no other. She and a team of Serian staff run the Masai Mara Marathon annually, promoting conservation and education for young Masai children.