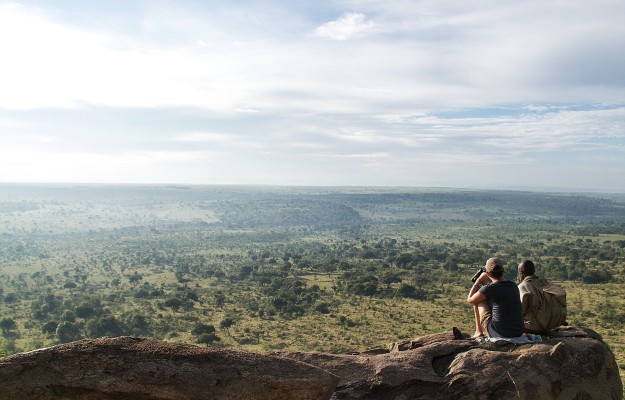 Ngare Serian and our Tree House are set in 1,500 acres of private, exclusive conservation area, bordering the Mara North Conservancy. This crucial zone is a dispersal area between the Mara River and the Siria Escarpment, and was once heavily poached and over-grazed. By taking it under our protection, we have seen a significant recovery in both the environment and the populations of game.

We employ 6 rangers to patrol and keep poaching at bay, and in fact during the first year of our leasing the land, we encountered almost no game, and most of the rangers’ activity was concerned with picking up snares. Their patrol encompasses 2,500 acres of the Pusinkariak area: a zone that now supports a pride of around 20 lion, 3 leopards, 50 buffalo, and encompasses 4km of river frontage, forming the dispersal area for roughly 400 hippo. By taking this land under our protection, its landowners are benefiting financially from our conservation efforts, and we have created a car-free cattle-free zone – a safe, tranquil haven that naturally attracts increasing wildlife populations.