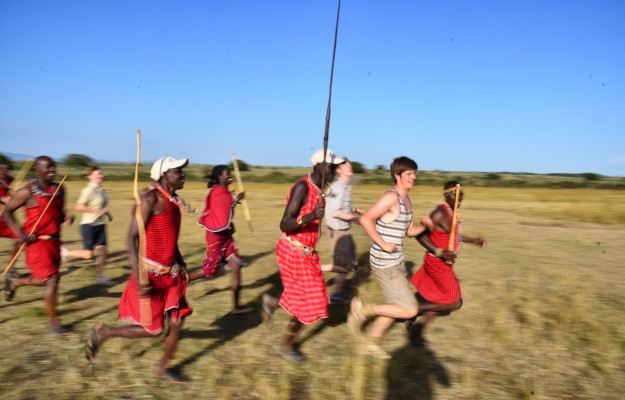 Communities living in natural wildlife areas must be provided with the economic incentives to set aside their land for wildlife conservation. In the 1980s & 1990s, growing land fragmentation began to lead to the environmental degradation of the Masai Mara ecosystem and exacerbated community impoverishment. Without a partnership between Maasai landowners and the private tourism sector it was difficult to ensure sustainable, well co-ordinated and effective wildlife protection along with recognizable benefits for all stakeholders. In 2008 the founding members of MNC decided to approach the local Maasai leaders to jointly find a sustainable long-term solution for the conservation of the area. After many consultations, held under the shade of acacia trees, 750 Maasai landowners decided to lease their land to the Mara North Conservancy, which was officially established on the 1st of January 2009. This new partnership established a truly innovative approach, whereby the MNC member camps guaranteed to pay fixed monthly lease payments to the Maasai landowners, regardless of tourism ebbs and flows, for the privilege of carrying out their game drives within this exclusive wildlife area.

River Fishing along the Mara river
MNC – Who we are