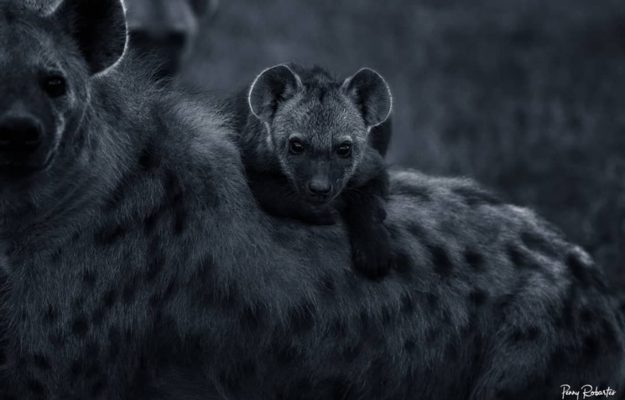 “One in a Million Mara” with PIR: Penny Robartes

The Mara North Conservancy really is a “one in a million” destination that is teeming with wildlife. I don’t think I have heard of a guest returning to either Serian “The Original” or Ngare Serian camp and have had an uneventful game drive. Yes, it is that special! There are a collection of Lion prides in the Conservancy that are seen nearly on a daily basis; hordes of Hyena that are running around, calling excitedly or relaxing at their dens; journeys of Giraffe stretching their tongues to curl around tasty Acacia leaves; Topi standing proudly on their claimed Termite mounds or resting their noses on the ground… I could write an essay on all of the encounters you could have and that wouldn’t even begin scratching the surface!

So instead, let me tell you about our one morning in the Mara North Conservancy.

From the time we left Ngare to our arrival back at camp, we were given a truly spectacular show from the wildlife here!

A lover of wildlife but especially babies, our one guest’s request was to search for these smaller versions of their parents when the moment arises during their time here. With this in mind, James started the morning by taking us to a Spotted Hyena den where young cubs could be seen. Although the sun had not yet risen, it was light enough to see around us as it was going to climb over the horizon at any moment. As we approached the den, two little dark heads popped up from one of the den entrances and watched us curiously and cautiously as we made our approach. Lying out in the open, and not far from the cubs, a female lay on her side looking at us.

Upon stopping by her and keeping quiet or talking in whispers, the cubs gradually came out from the den towards their mother. The utter cuteness of these cubs could not be denied as they proceeded to walk and lie over the female. As soon as they could, they began to suckle, and the female then laid down her head to rest.

Being privy to moments like these that are not available to all or throughout the day makes them even more impactful to guests. It also left them with a much better understanding and compassion for these very important creatures that often get overlooked or negatively perceived.

Excited calling and running Hyenas seen in the distance encouraged us to leave these very small cubs and mother to their feeding and investigate what the great excitement was for.

As the sun rose and drenched the opens plains in golden light, we had to appreciate the scene in front and behind us as we were pretty much surrounded by endless herds of Wildebeest singing their monotonous song as Zebra made their way to a destination unbeknown to us.

And then we saw what the Hyena’s excitement was about.

Four Lions walked away in the distance as Hyena and Vultures streamed in to a common target. A Wildebeest kill had been made and the scavengers were now feasting with utter delight. Whooping, cackling, growling and other insatiable sounds (to me!) were coming from the Hyenas as some Jackals and Vultures stood by, or snuck in, for their chance at the bounty. It was a fresh kill which the Hyena wore ardently on their faces and legs.

Capturing a mix of frozen and blurred action images as well as video, we stayed at this scene until it started to dwindle away and the allure of the four Lions finally won us over.

We came upon the Lions which turned out to be quite the love scene! Recently the Serian Pride was recently taken over by four gorgeous male Lions from a neighboring pride. A sad aspect of this is that one of the original males was killed whilst the other has fled and not been seen since. As new males do when they have gained a new pride that has young offspring that is not theirs, most of the cubs were killed. Apparently one female has hid her cubs around the Serian Original camp over a week ago but has since not been seen around the area.

Conquerors to a pride will remove the previous territorial male’s offspring as he does not want their gene to continue. Fair enough! The females will fall into oestrus and mating can commence where the new males can pass their genes.

We stopped by one pair and they were definitely in the mood for love! Waiting mere minutes between their 5-seconds worth of intense passion, the female would get up again and the male would be the ever-attentive partner.

After one such interaction, we saw the male gazing intently right past our vehicle, and there was the other male with his lady, going about their own passionate play. We were in the middle of an African love scene! This continued for a while and as the sun got higher and guests got hungrier, we left the lovers to themselves.

Driving through a gorgeous patch of forest where we saw an eden of plains game and other mammals, we stopped and had a bite to eat amongst massive herds of Wildbeest before making our way to camp.

Yes. That was just one morning here. It was pretty incredible and an insane start to a safari!

View all posts by Penny Robartes →