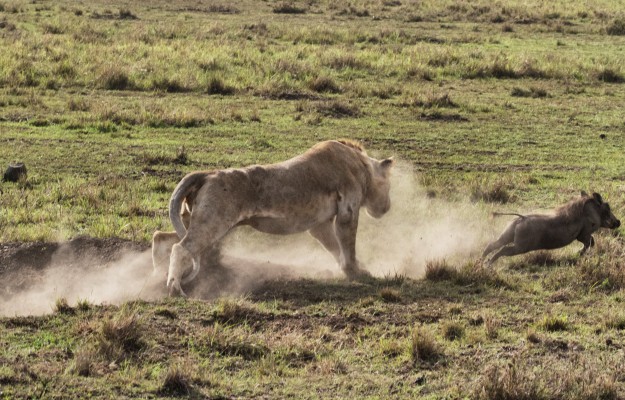 Lionesses do most of the hunting for their pride. They are more effective hunters as they are smaller, swifter and more agile than the males, and unencumbered by the heavy and conspicuous mane, which causes overheating during exertion. They act as a coordinated group with members who perform the same role consistently in order to stalk and bring down the prey successfully. Smaller prey is eaten at the location of the hunt, thereby being shared among the hunters; when the kill is larger it often is dragged to the pride area. There is more sharing of larger kills,[67] although pride members often behave aggressively toward each other as each tries to consume as much food as possible. If near the conclusion of the hunt, males have a tendency to dominate the kill once the lionesses have succeeded. They are more likely to share this with the cubs than with the lionesses, but males rarely share food they have killed by themselves.