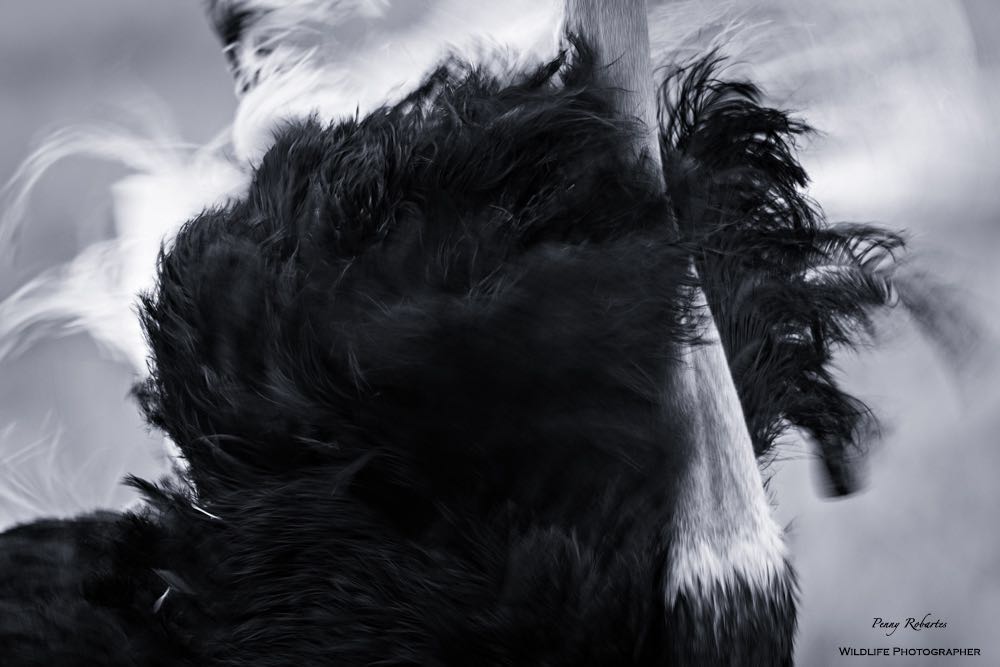 Behind the Image: Waves of Feathers

Thick dark grey-blue clouds started to hug the horizon as we made our way to a nearby tree for sundowners on the plains of the Mara North Conservancy. The guests and myself hadn’t passed or seen another vehicle since departing from Ngare Serian Camp for the much anticipated afternoon game drive. I could vividly see on the Serian guests’ faces that they were soaking up the intimacy of this knowledge and experience that they were each having with this special destination. It was their last night and Francis, our wonderfully knowledgeable and always smiling guide, was taking us towards a beautiful Balanites tree.

There was very little light available that the storm-soaked clouds allowed through when we came upon a male ostrich, seemingly standing still for no apparent reason other than to very warily watch us as the road started to take us within a couple of meters away from him.

Francis pointed out that this handsome male did indeed have a reason for standing so still – he was standing over and protecting his eggs.
Approaching him slowly, all the while ensuring that we kept a respectable distance from him as in no way did we want to cause alarm and impose on him, the ostrich started moving his beautiful black with white-tipped wings back and forth, mimicking the crashing and receding movement of the ocean’s waves upon the shore.

That is when the magic started.

In order to capture the movement of the wings and to draw out that motion of them coming up and crashing down, I proceeded with the following steps:

Thus the concept of Waves of Feathers was created.

By visualizing the type of image(s) you want to create when approaching a scene and taking account of the environmental factors surrounding you and your subject (the type of light, if the subject out in the open or surrounded by foliage, etc), it will help you engage with what you can create and the type of settings you need to dial in to capture it.

Photography is such a powerful medium with endless potential of what you can create and capture. Explore and play with different settings. There is no need to hold back. You may find yourself delightedly surprised with what your final image shows.

Photographer in Residence at Alex Walker’s Serian Camps in Kenya from August to mid September 2016.

Serian: Time is the Secret

Photography After Dark at Serian