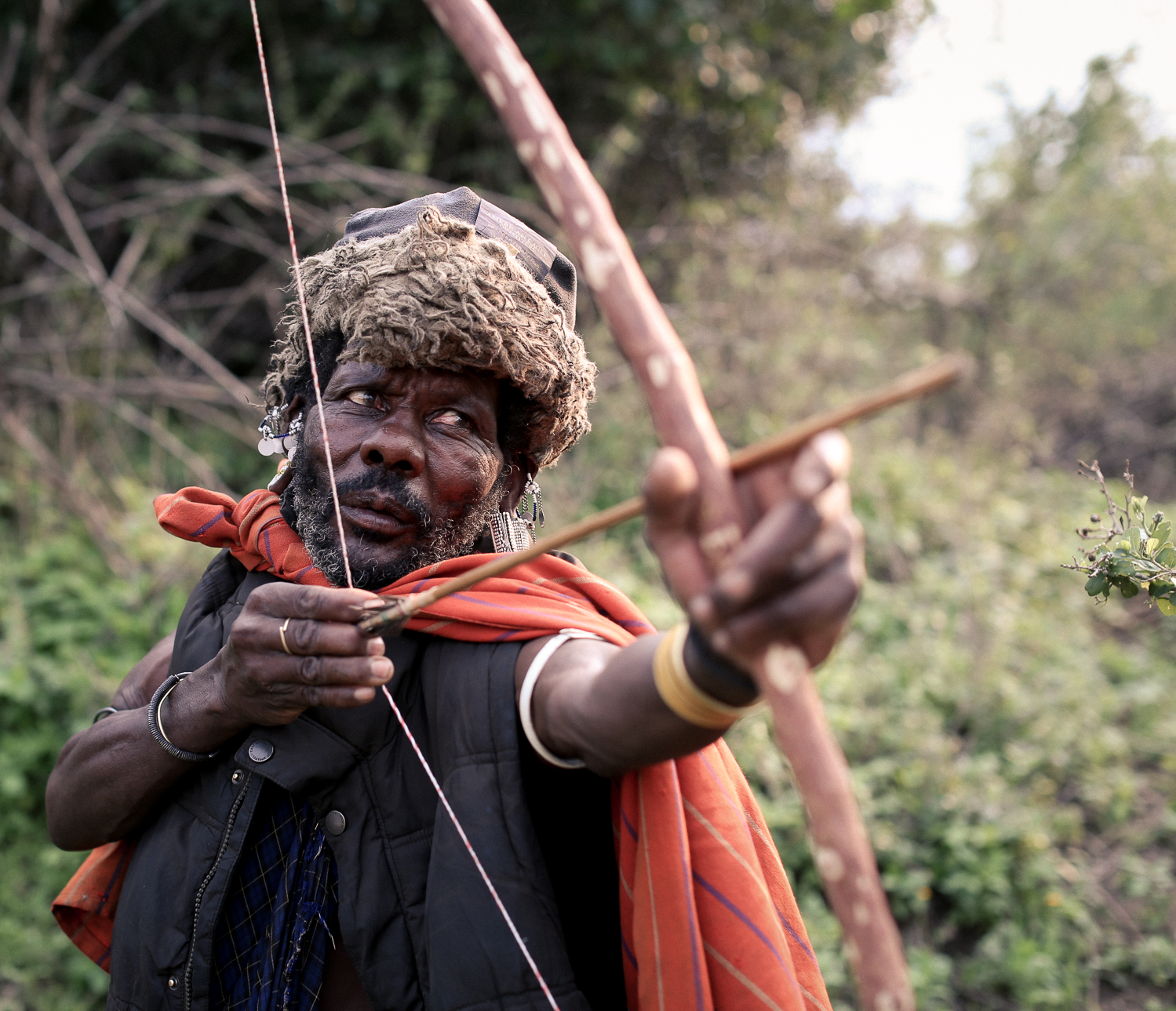 Our guide Mzee Nyuki, tells me he is Ndorobo. It’s a derogatory name endowed, long ago, upon several unrelated hunting & gathering tribes encountered by the Maasai in Tanzania and Kenya. The term in Maa (the Maasai tongue) literally translates as “those who own no cattle”. Now, to the ignorant western ear that certainly doesn’t sound too bad but to any self-respecting Maasai the name reflects a sorry and impoverished state of existence. I see no evidence of the downtrodden unfortunate in Nyuki though, he’s proud, kind and immensely good humored while evidently well respected and loved by all those that surround him here at Alex Walker’s Serengeti South Camp. I get the impression that the word Ndorobo is just an honest, personal reflection on his heritage, he taps his chest as if pinning himself with this badge and seems to wear it with honour and a smile. I tap my own chest and tell him I’m British, he rolls his eyes which sends me into a fit of giggles. 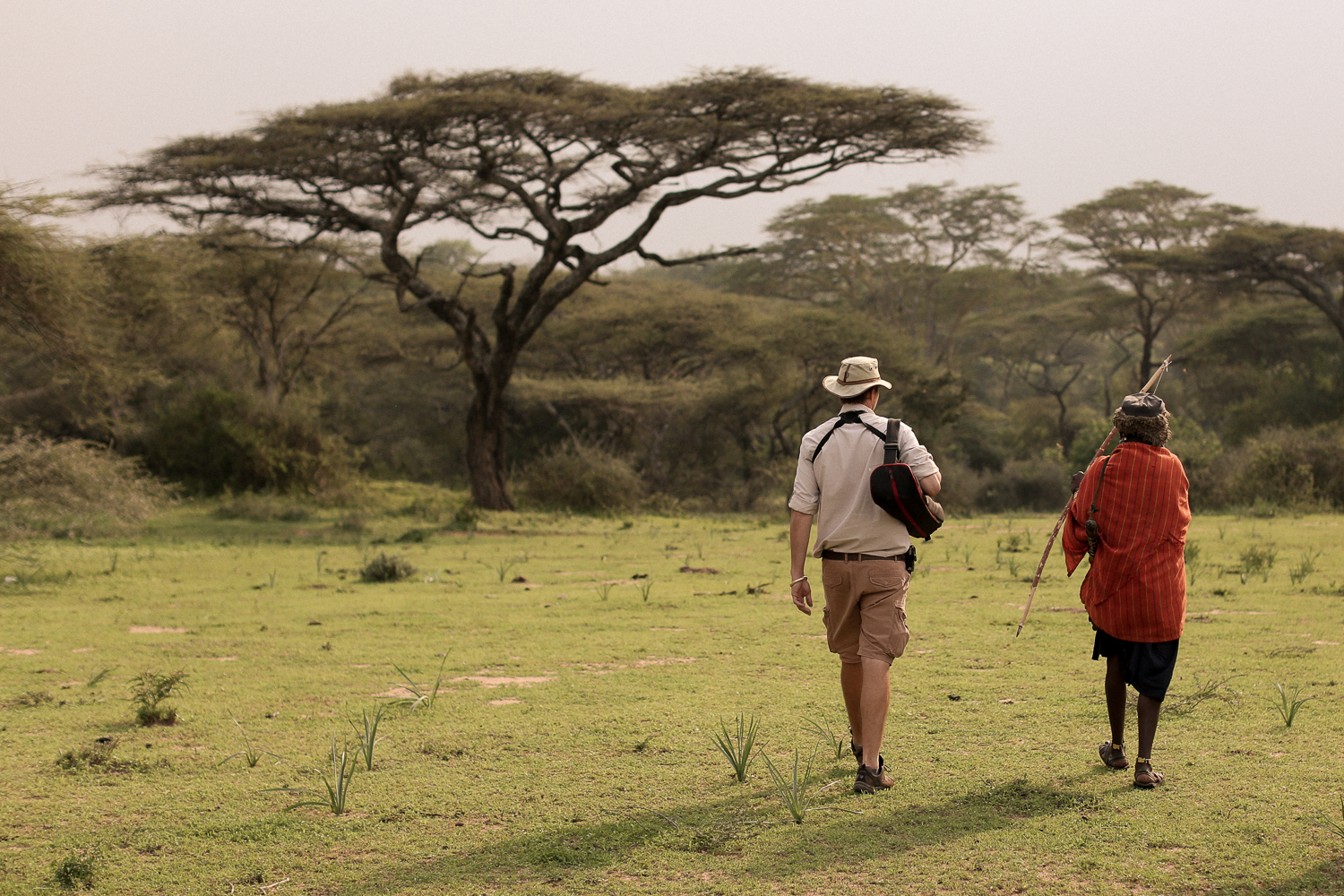 Nyuki grew up near the Kakesio village, south of the Serengeti National Park and north of lake Eyasi which is exactly where we travelled to hang out with him in January. He speaks no English and very little Kiswahili, not that the latter would have helped us much as my own Swahili has tarnished beyond recognition during a recent absence from Tanzania. Challenged though we were linguistically, the three days I spent with him were as fascinating as they were fun. I hadn’t realized how enormously refreshing it would be to build a friendship without confusing things with words. To follow a companion through the bush without any chatter. To learn something new by seeing it, tasting it, smelling it and doing it rather than following the instructions. To be reassured, encouraged, criticized or admonished with eyes and with gestures rather than words and a mouth, and to offer some of the same in return. 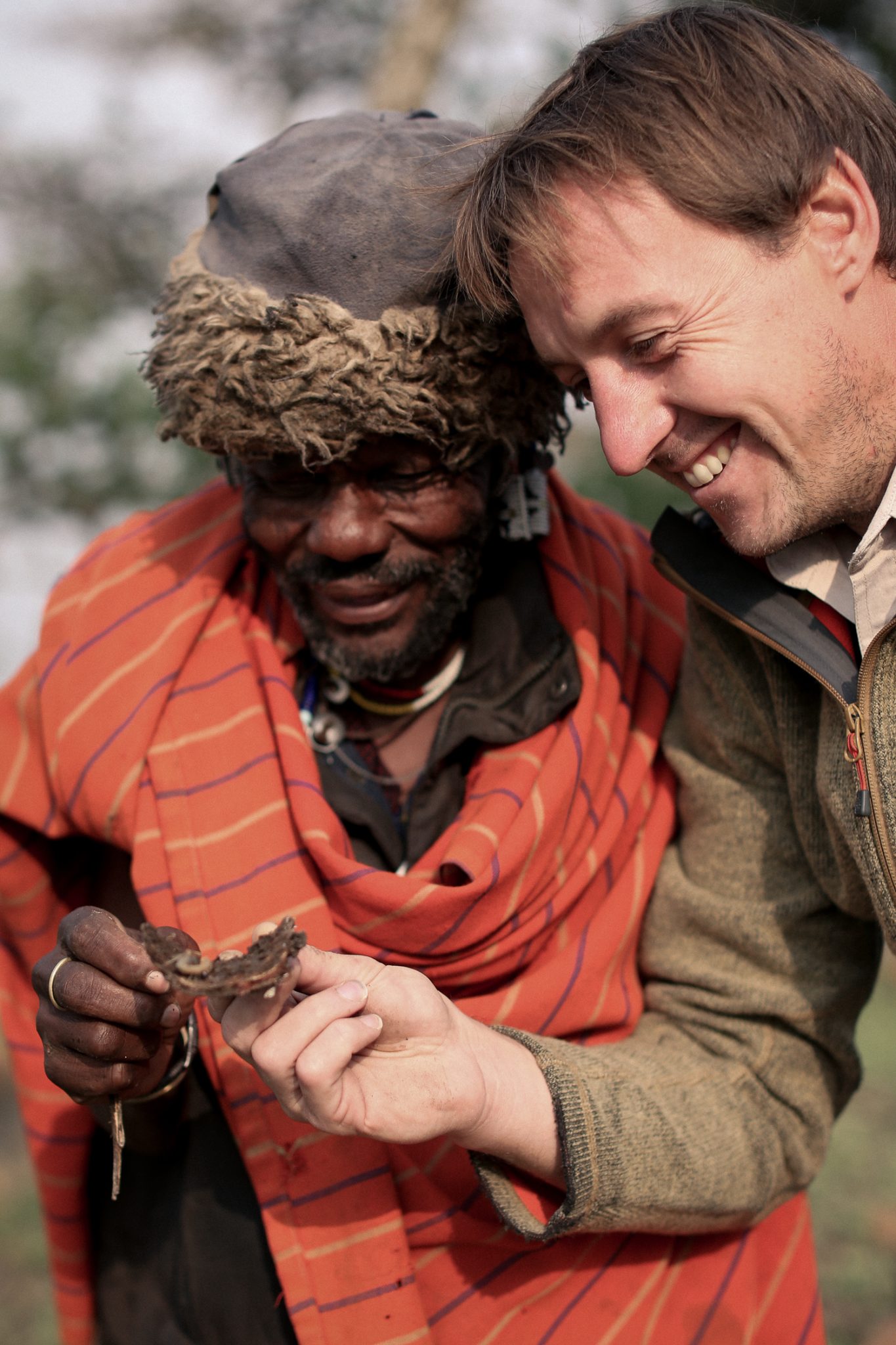 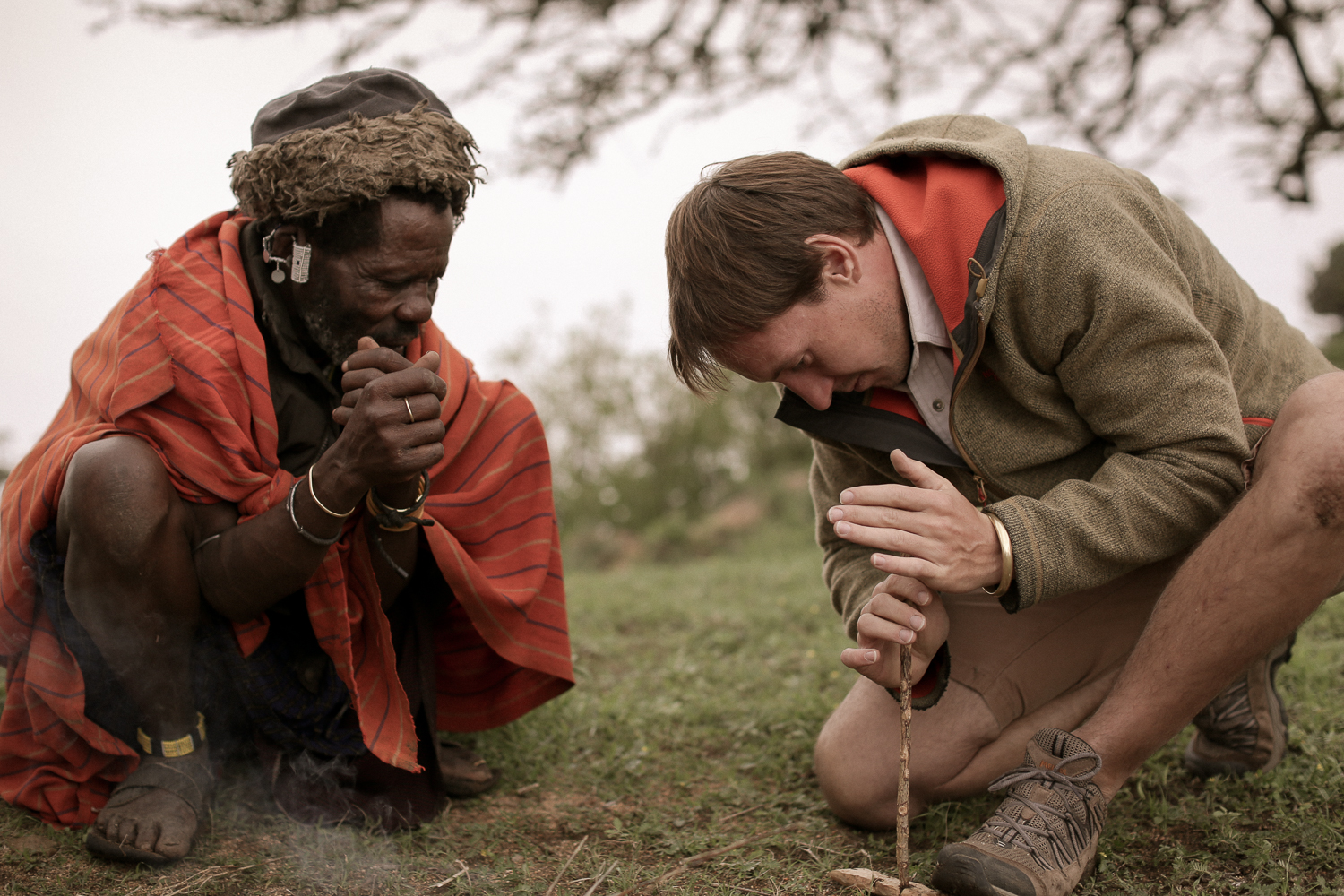 We grew accustomed to one another quickly and with ease. Testament to Nyuki’s limitless patience and approachability in dealing with a clumsy incongruity, such as myself, on his home turf. I came to greatly appreciate Nyuki’s way of pondering the world around him while keeping his eyes keen and his hands busy with whatever project he had drummed up to share with me that day. I have been to some magical places in search of unforgettable wildlife encounters and breathtaking activities, it doesn’t escape me how privileged I am to be able to state that. I can say with confidence how markedly rare it is to be given the chance to connect with someone who is actually from “there”. I don’t mean a “Tanzanian” or a “Kenyan” per se, I mean an individual who was born and grew up in one of these extraordinary wilderness destinations that have us all donning khakis and packing up our cameras in search of adventure. 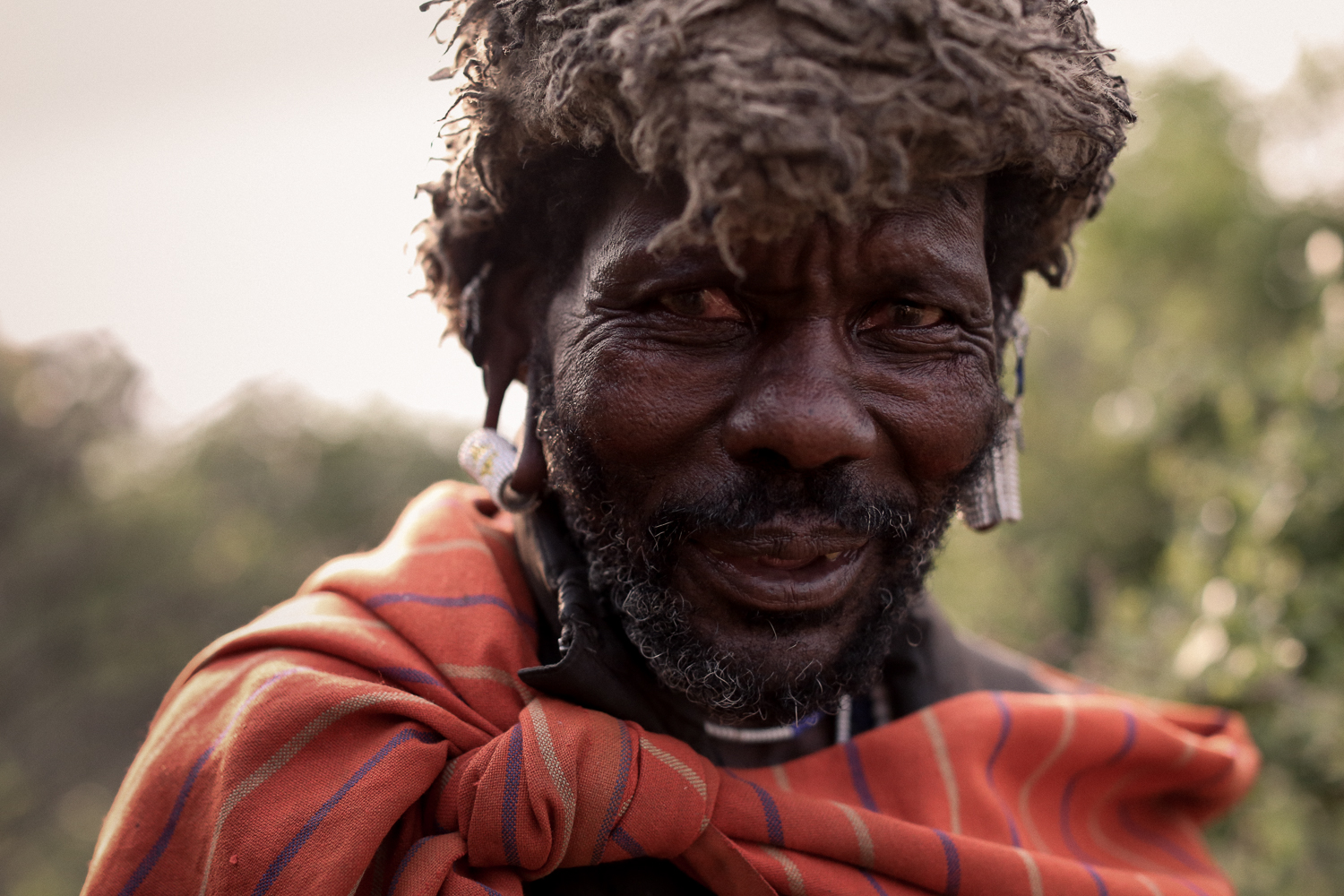 That’s the connection I made while crouching at a fire and whittling sticks with this extraordinary man, it was an absolute joy.

By Nic Kershaw with photographs by Jana Arnhold

See how you can experience a walking safari with us or get in contact on our enquiry page.

The Essence of Nature – Pyramids of Life