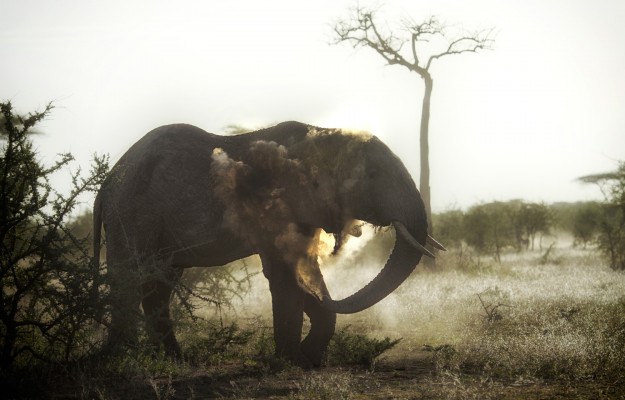 Love and Sunshine from the Serengeti

My wife, my son Paddy and myself were sitting out on a sun lit veranda sipping a couple cold Tuskers (Paddy with Apple juice of course..) in Nairobi at the beginning of December last year when we received a call from Alex asking if we would like to join him down in the Serengeti for 3 months, training the staff, generally helping around camp and making sure all was looked after. After a quick discussion we knew it, this was what we were waiting for.. That little taste of adventure on the horizon.

Fast forward two weeks and we were on the way to Kimemo Estate from Nairobi, a small coffee plantation come lodge on the outskirts of Arusha in Tanzania. Early the next day, having strapped Paddy into his car seat and loaded his toys we were headed straight for the Southernmost tip of the Serengeti. After an eventful drive through the changing landscape of the Ngorongoro conservation area we made our way to Alex’s camp Serengeti South.

The following morning after a quick briefing from Alex we hopped into a game viewer and drove through Ndutu and over the short grass plains to Serian’s Serengeti Mobile Kusini (With a mini game drive along the way). On our arrival in camp we were met by Kusini’s charismatic staff, Akida (aka The Boss) Thom (aka Tom Tom) Memusi (aka Mamamusi) waiting with cold towels and a refreshing lemon and ginger drink. After having washed off the accumulated dirt and hydrated dry mouths, we set about finding our tent and getting ready for the arrival of our guests.

There is a familiarization with a place that you only get from spending an extended amount of time in that locale. On our first afternoon game drive we came across a trio of Wild Dog (A first for me) lazing under an Acacia. We then made our way to the well known Simba kopjes, as the name suggests hardly a day goes by where you wont see a few Simbas taking in some sun, you can almost imagine them with a G&T in hand, shades on, scoping out their domain..

Quick shower, wrap on a Kikoi and we head down to the camp fire for a Serengeti Sun downer, an aptly named Gin and Tonic recipe that is as refreshing as it sounds. See  the recipe below:

There is something quite primordial about sitting around a camp fire in the bush, G&T in hand, guests and camp crew alike swapping adventures about time spent in the bush, a muso with a guitar tinkering away to a crackling camp fire and the sounds of the nocturnal night time dwellers coming to life..

Our time spent in Kusini is one I will always remember with fondness and love, from the camp staff you live side by side with to the guests you share and welcome into these wild spaces… There is always something around the next corner or rather Acacia, that makes you want that little bit more…

Life through a lens

Whispers on the wind